Upside & Downside Tasuki Gap
You can see that if you spot a gap between two candlesticks with the same color (in the direction of the trend). The third candlestick then opens WITHIN the second body and closes WITHIN the gap. 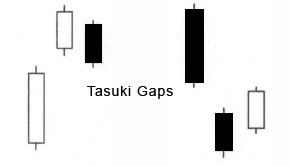 Side by side white lines
Bullish continuation pattern consists of 3 white candlesticks, see the image below. Bearish is the same shape BUT the first candlestick is filled while the second and third candlesticks are still empty. The gap is in the direction of the trend. 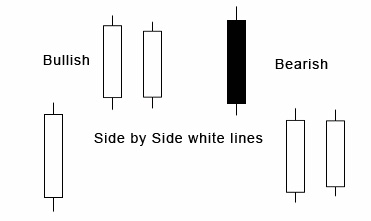 Separating lines
Two candlesticks with opposite colors, the first candlestick being the opposite to the current trend. 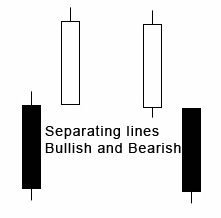 Mat Hold
Bullish Continuation pattern. It is similar to the Rising Three Methods - 3 middle small bodies going in the opposite direction of the trend. However, here the second body doesn't have to be within the first body and the third body only touches the first body just a bit. 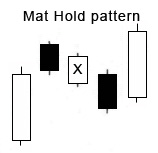 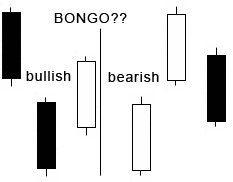 In Neck
Pretty much the same as On Neck, see if you can spot the small difference.

Previously we looked into how different candlesticks might look. Now, as we all know, or should know, the best time to buy cryptocurrency is just after a trend reversal. But how to spot potential trend reversal indications on a candlestick chart?

A candlestick chart looks a bit different from a normal chart with just a line with opening or closing prices on it. And compared to a usual high-low chart Japanese Candlesticks chart can make it easier to see certain patterns in the market and see data relationships.